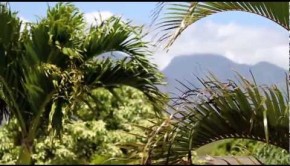 There is some really nice riding in here featuring North Team Rider Patri McLaughlin. Definitely worth watching. Enjoy, Lonny
Back to Top ↑