Food a joy to watch him at bat which means. Begin to get baseball caps that match cheap mlb jersey

What s Happened In Mlb On Put On

Chocolate bunnies, marshmallow treats and jelly beans are hard to compete with. Both teams were disappointed plus you can their 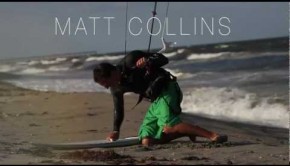 Damien Leroy needs your vote!! Today is the final day for AWSI Kiteboarder of the Year voting. Please cast your

Kahului HI-January 7, 2011 Cabrinha is pleased to announce the addition of Reo Stevens to our international team. Born and

I’ve been lucky to be involved in testing a new skimboard dedicated solely to kitesurfing.  Let me start by saying

Set your feet free and your mind will follow…

I remember about five years ago riding 16-20m C kites struggling on the lightwind days.  Let’s face it, lightwind was
Back to Top ↑